The Right Way to Use Polymer Clay 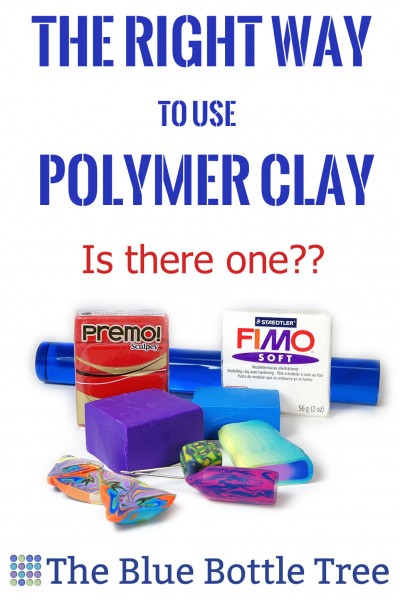 When you were a kid in school, you learned that there was always one correct answer when you added a column of numbers. Two plus four is always six. There is only one way to spell “bookkeeping” and the Norman Invasion was always marked by the Battle of Hastings in 1066. These things are solid facts that aren’t really open to interpretation. But maybe when it comes to art and craft, things don’t need to be so rigid and absolute. And yet, I do notice a tendency for people to seek and want to find the One Right Way to use polymer clay.

When you first learn a new hobby, you’re understandably interested in learning what the parameters are. You want to know what rules you have to take into consideration when using this new material. But it’s far too easy to expect there to be rules for every aspect of working with a new craft. It’s easy to assume that there’s a proper or correct way for things to be done. You have to be careful with that, though. Be careful that you don’t limit your creative side by giving yourself too many rules.

When I started working with polymer clay, I felt very strongly that using paint was cheating. I somehow had this idea that only polymer clay could be used, but then equally odd…I somehow believed that using metal leaf and mica powder was perfectly “legal”. I suppose I didn’t think things through very far. But I also remember being hungry for patterns and designs that were the kinds of things that were “supposed” to be used with polymer clay. I looked for cookie cutters in new shapes because I was afraid to use a knife to cut my own shapes. I looked for formulas and tutorials to make things because I was afraid I would do it wrong otherwise. I knew that there were certain techniques to follow and I had a lot of trouble thinking outside of my own self-imposed limitations. Because of this, when I got tired of making swirly beads and covering things in clay….I quit. For some reason I couldn’t allow myself to think of ways to use this medium beyond what I had specifically been shown to do. I had limited myself right out of my favorite creative hobby.

I didn’t stay away for long, though. I followed some neat people, like Céline Charuau, Silvia Ortiz de la Torre, and Ponsawan Sila on Flickr. I read Daily Art Muse and Polymer Clay Daily. They showed me work that was created without rules. I learned through them that polymer clay could be a material to be wielded and used as a tool , and not heeded as a comfortable set of steps, techniques, and shapes. And pretty soon my fingers itched to try clay again. But this time around I had a major shift in how I looked at the material of polymer clay. I no longer saw it as a hobby with rigid rules and projects. I began to see it as merely a material with which I could create art. It became a tool, rather than the goal. I no longer looked at this as polymer clay art, but rather art made with polymer clay.

So now I approach my creations by thinking of what I want to accomplish and then figuring out a way to use polymer clay to get it done. And that has led to some fascinating explorations of the material, such as its translucency, its ability to mimic other materials, and the way it can be distressed.

I am a still huge fan of tutorials and books, though. We all love to learn new ways of doing things and new ways of seeing our art. Few of us live where we have access to other clayers to share and brainstorm with. So we look online and we look to each other to help us explore new ways that this medium and material can be used. Tutorials are a great way to “try on” a technique and spend some time seeing through the eyes of another person (ie. the tutorial writer). You can learn tricks and techniques. And the really rewarding tutorials will also show you ways to expand on the techniques you learned. Optimally we are able to add these new ideas to our mental art toolkit and they will give us new ways for us to accomplish what we want to do with this material. We combine ideas we have with new ideas we gather from sharing with others, and we create entirely new ideas.

Tutorials are a great shortcut to learning a specific concept. Tutorials are a tool. But don’t fall into the trap of needing a tutorial for everything you do. Don’t use tutorials out of fear of doing it wrong without them. Kick your fears to the curb.

More Than One Way?

But be careful that you’re not looking at a tutorial or technique as The Only Way to get something done.  I sell a tutorial to make rustic beads (here’s mine). But so do Christi Uliczny, Staci Louise Smith, and Eugena Topina. And you know what? We all do it a different way. And I’m sure there are other ways to do it beyond that! There is undoubtedly more than one way to do just about everything in polymer clay.

This also holds true for the materials we use. I know that using acrylic paint on unbaked clay and then baking it creates a more stable finish. It allows the paint to bond to the clay better. But the first time I ever heard that, I thought the person telling me about it had lost her mind. And on Facebook groups I’ve read many people caution against it. But you know…once I tried it, I was hooked. How many other ideas have I dismissed without trying them? How many paths have I shut off before I ever went down them?

But What if I Fail?

Thing is, when you try new things you have to be prepared for failure. Yes, you’re going to fail. Get used to it. Do you have any idea how often I fail? Constantly! And when I pout and get disappointed, my husband always tells me, “That’s one thing you have learned that doesn’t work. Now you’re free to move on and find one that will.” Try new things. They won’t all work. But a lot of them will, and you’ll learn a lot in the process. Go for it! Some of the best innovations were accomplished by ordinary people who tried something that hadn’t been done before. This holds true in life AND polymer clay!

For a great cartoon on failure, visit “Be Friends with Failure” from the blog Doodle Alley by Stephen McCranie. Here’s a frame from that cartoon:

But aren’t there some rules?

There are some rules that you really need to heed, of course. When you fry eggs, you don’t really want to use an iron skillet on super high heat or they’ll stick and burn. Polymer clay has rules, too. In my opinion, there are really only two rules for working with polymer clay.

1. Don’t Burn It – Learn how temperature affects polymer clay so that you can keep from burning it. When it gets to 350°F (176°C), it burns and releases noxious and irritating gas.

2. Chemical Incompatibility – Polymer clay is plastic and as such is susceptible to being degraded and softened by some chemicals. Be aware that some chemicals can cause a problem. Also, many paints, varnishes, and sealers may never dry on polymer clay. Nail polish, spray paint (including most spray sealers), and styrene plastic (#6 recycling symbol) are some to watch out for.

So there are the rules, in black and white. Now…get out there and try new stuff. Make your own art, walk your own path, and explore new things. But most of all, have fun.

Did you know that I write polymer clay tutorials?

Yes, in addition to this website, I do also write tutorials. And my tutorials are technique-based rather than project-based. My goal in writing my tutorials is to teach you everything I know about creating that particular effect or technique. I give lots of tips, explanations, resources, and examples with the goal being to instruct and inspire you to create your own work that goes beyond what you learn from me. Read more about my tutorials here: 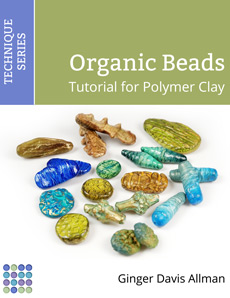 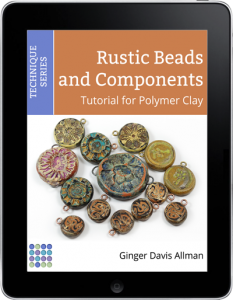 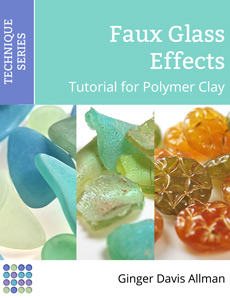 Essential Oils in Polymer Clay – Is a Diffuser Possible?

32 thoughts on “The Right Way to Use Polymer Clay”

The link to download these free printable polymer clay inventory sheets will be in your welcome email when you sign up for emails from Ginger. Twice a month or so. Always interesting polymer info!