The Pens of Toni Ransfield

Last week I received a gift, a pen, and it impressed me so much that I wanted to introduce you to the artist, Toni Ransfield.

When most of us start working in polymer clay, we become fascinated with the colors and patterns that can be created and we start covering things with sheets of clay. Many of us even make pens. I have certainly made my fair share and so I had a level of expectation and familiarity with what could be accomplished with polymer clay and a pen-making kit. But hold on. Let me assure you that I was merely scratching the surface of what could be accomplished. When I opened the package and saw this pen, my jaw dropped. This is no ordinary work. Toni doesn’t make ordinary pens. Let me explain.

Fine pens are made in lots of different ways. Some click, some have a twist mechanism, and still others have a screw-on cap (like my new pen does). But what every pen has in common is that the tip, cap, band, and any mechanism have to fit together with a tube. It’s the tube that can be decorated in many ways. Wooden pens have this tube inside of a piece of wood that is then finished. Acrylic is handled similarly. And with polymer clay that same tube is covered with clay, finished, and fitted to the rest of the pen. There are a lot of steps. And it takes quite a perfectionist to create a fine pen of high caliber.

Toni’s pens are top notch. She always chooses a perfect match between a pen’s colors and the color of the metal of the pen. Her workmanship is so precise that there is no gap between the polymer clay and the edge of the pen’s metal. The height of the finished clay is perfectly level with the metal, neither leaving a ledge nor tapering unsightly toward the center band, creating a “wasp-waisted” effect. Her sanding and finishing are pure perfection, and she uses top quality pen parts to make a finished product that isn’t just nice. It’s exceptional. A true luxury item and a work of art. 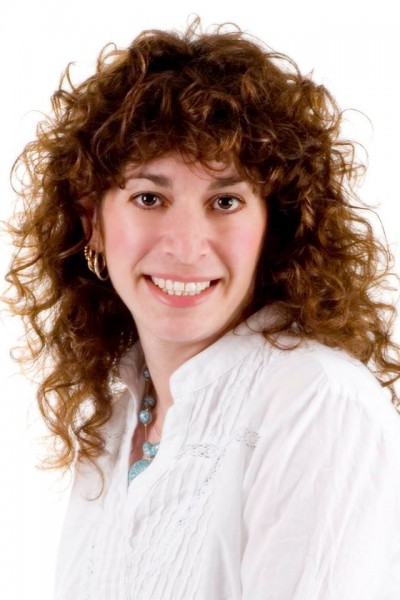 Toni began her artistic career in the 1980’s as a studio potter, but she had to give that up when pregnancy made it hard to fit behind the potter’s wheel. Needing something to keep her hands busy, Toni found polymer clay and began, as most of us do, by learning from books and making jewelry and basic canes. She loved flowers and butterflies so she naturally gravitated toward making canes of those and that led to a complete fascination and obsession with millefiori. Soon she began covering everything in sight, and as she raised chickens at the time that meant she covered eggs. She became very well known in a niche market covering special eggs for chicken breeders. Toni was featured and published articles in several magazines, including Polymer Cafe, and won awards for her polymer clay art.

In 2007, Toni and her family moved to New Zealand where she focused on making canes and developed quite a stockpile of flower and butterfly canes. She made so many that she opened an Etsy shop and sold canes to buyers all over the world. Toni also made canes for nail art and sold those to salons throughout New Zealand and Australia, winning contests for her fantastic designs. But then true inspiration struck. She discovered pen-making! She found pen forums online and learned from others and by lots and lots of trial and error how to use her millefiori veneers to create perfectly finished pens. First she started with Slimline pens, then fountain pens and next thing you know, as Toni says, “Well let’s just say I breathed pens”.

Toni moved back to the US a few years ago and now lives in New Jersey. All that caning has affected her wrist, so she’s taken some time off making new canes for a bit, but she has such a large stockpile of canes that she’ll be making pens for a long time. She now works with her fiancé, Ed Street, who fine tunes the assembly and provides photography for her most recent pens. Toni now sells unfinished pen tubes to penmakers and you can find her incredibly gorgeous finished pens on her website at ExclusiveDesigns.com. Visit her site before the new year to get $20 off the price of a pen. (Use the code “20.00” to receive the discount.)

And now, you have to see these pens. Here are but a small sample of the incredible pens that Toni has made. Enjoy!

The top photo is one I took of my beautiful new pen, but all the rest of the photos in this article are the copyright of Ed Street and Toni Ransfield of Exclusive Designz. Many thanks to both Toni and Ed for allowing me to brag about these pens and share them with all of you.

Ask Ginger: How to drill holes in resin on polymer clay

Ask Ginger: What is a texture sponge?

PrevPreviousHow Long to Bake Polymer Clay?
NextIs this a copy? Or “inspired by”?Next

19 thoughts on “The Pens of Toni Ransfield”

The website uses (electronic and non-edible) cookies to allow items to stay in your shopping cart, to eliminate banners you've already closed, to allow the social media share buttons to work, to allow you to log in and access your account, and anonymously to analyze traffic. Only anonymous data is shared with other services. You consent to these cookies if you continue to use this website. Thanks!