You’re fairly new to polymer clay and loving it! You’ve carefully sculpted and created some beautiful creatures and set them into the oven to bake. You set the timer and come back to find that your creations have melted, cracked, drooped, and/or oozed oil. What happened?

You’ve asked online and everyone starts talking about the oven temperature. You’re pretty sure it was correct. They ask what brand you used. You’re not really sure because you bought your clay based on the pretty colors, not the brand. But you know there’s some Sculpey and Premo in there. Was the clay old? Was the oven incorrect? Is it normal for polymer clay to melt? Should you bake longer? What happened to cause the melted polymer clay in your baking tray?

Well, it’s easy to assume that the problem is your polymer clay melted. But what if it wasn’t polymer clay?

Polymer clay is an oven-hardening art clay made from PVC (vinyl), plasticizer, pigments, fillers (like kaolin) and a touch of oils. It gets slightly softer as it warms up but begins to solidify and harden when it reaches about 130°F (55°C). Polymer clay doesn’t melt or get runny the way that wax or oil does. Heat makes polymer clay turn into a solid.

Plasticine is a modeling clay made from wax, pigments, fillers (like kaolin), and a lot of oils. It is hardest at room temperature and never becomes solid. It will melt in the heat.

Polymer clay and plasticine feel very similar. They’re both brightly colored blocks of putty that feel sort of waxy and oily when you squeeze them in your hand. They both soften with the heat of your hands and get softer and smoother as you work with them. Both polymer clay and plasticine are used for sculpting, but only polymer clay can be hardened to create lasting objects. Plasticine is often used in the animation industry for stop-motion animation (claymation). It’s also used as a “first” sculpture when making lost wax or other multi-stage casting techniques. And, of course, plasticine is the modeling clay that we all learned to use as children in primary school.

If you set a block of polymer clay or plasticine in front of someone who had never worked with either, they’d be hard-pressed to know which they were holding. At room temperature, polymer clay and plasticine feel very much the same.

But how could you make this mistake at the store? Isn’t polymer clay labeled? Yes, it is. But you’d be amazed at how easy this mistake is to make. Here’s the clay display at my local craft store. I’ve labeled the sections in the photo. If you were totally new to polymer clay and didn’t yet know the brands, how would you know which of those brightly colored clays were polymer and which were plasticine? They’re right next to each other and sort of intermingled. 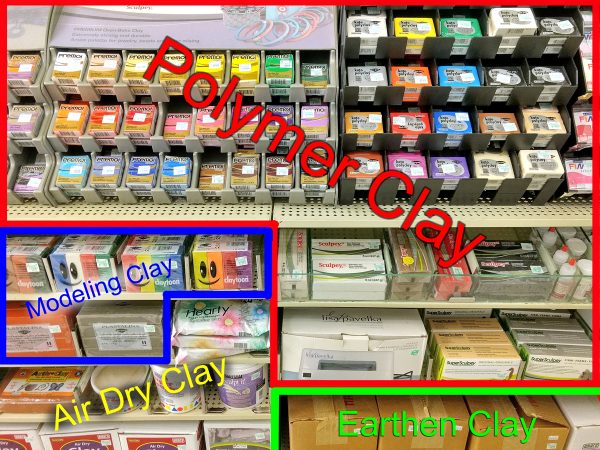 When Kato Polyclay first came out back in 2002, it came in a 3oz block with the same smiley face on it. Yes, they wisely changed that packaging quite quickly!

Another accidental source of plasticine is cheap, no-name “polymer clay” that is found in dollar stores or online marketplaces like ebay or Amazon. Many times the listing information or the labeling is not terribly accurate and you’re not exactly sure which you have. In general, this stuff doesn’t make very good polymer clay, so it’s usually best to stick with name brands. 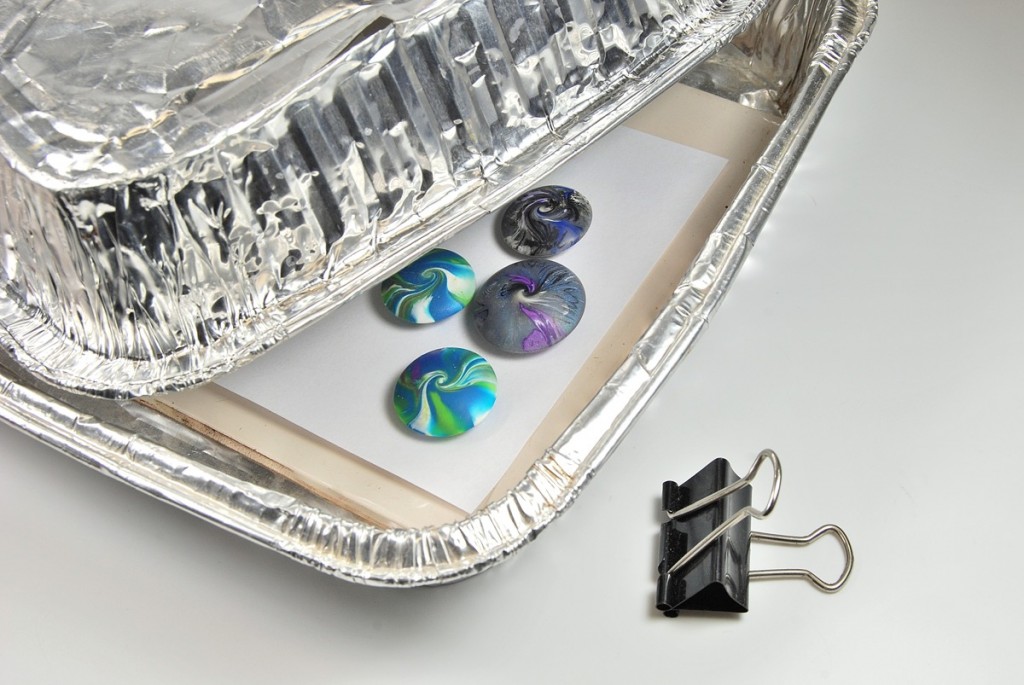 End the confusion about baking

Learn about the right temperature, times, ovens, and baking setups to ensure optimal results. No more broken or scorched projects!

Learn about the right temperature, times, ovens, and baking setups to ensure optimal results. No more broken or scorched projects!

What Happens When You Bake Plasticine?

When you assume you have polymer clay, but instead have plasticine, and then bake it in the oven, it will melt. The oil oozes out of the clay and drips down into a puddle. The shape softens and slumps and cracks might appear on the surface. If you try to move the item while it’s still hot, the melted clay will smear and run.

If you’ve mixed polymer clay and plasticine in the same project, you’ll have bits of cured polymer clay along with melted plasticine. While it’s still hot, the plasticine part will be soft like frosting. But after it’s cooled, it will feel like it’s unbaked (but more crumbly).

Here’s what happened when I twisted plasticine (purple) with polymer clay (blue) and baked it. Notice the oil spot on the paper underneath.

Don’t do this intentionally. The smell is terrible and I have no idea if it’s safe or not. Plasticine is not meant to be baked.

Interestingly, when I mixed 25% plasticine with 75% polymer clay, they blended together nicely. Both clays contain some of the same ingredients and will therefore mix easily. This is one of the reasons it’s so common for this mistaken identity to happen. You could accidentally mix colors with plasticine and polymer clay and be unaware that you’d done it.

And even more interestingly, when I cured the piece made from that mixture, it baked up hard as can be. It didn’t melt. It did, however, have a slight oil spot on the paper and had some mid-sized cracks. I’ve encountered someone on a group who advocated for using inexpensive plasticine to color polymer clay. I don’t recommend doing this, but it is technically possible.

How to Know Which You Have

Let’s say you have some unlabeled clay and you’re not sure if it’s polymer clay or plasticine. How can you tell the difference? The easiest way to know for sure is to heat it up. Take a pea-sized amount, lay it on a sheet of paper on a baking tray, and put it in the oven for 10 minutes at 275°F (135°C). Stay close and watch it and take it out if you see smoking or anything awful like that. Now poke it with a popsicle stick or something disposable. Polymer clay will be hard(ish). But plasticine will be soft like butter and you can smear it easily like butter on hot toast.